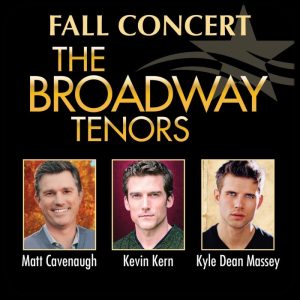 Featuring Matt Cavenaugh, Kevin Kern, and Kyle Dean Massey these Broadway stars have performed in original productions and revivals of some of the most exciting and iconic Broadway shows in history including: West Side Story,  Les Misérables, Wicked, Pippin, 42nd Street, Thoroughly Modern Millie, Jekyll & Hyde, Carousel, Anything Goes, Grease, Ragtime, Finding Neverland and many more!

With Musical Direction by Phil Reno and musicians Thomas Brinkley and Tommy Bradford, these celebrated leading men will showcase songs from Broadway’s Golden Age to the newest hits currently being performed on stages around the world. Messrs. Cavenaugh, Kern, and Massey will delight Riverside’s audience with renditions from: West Side Story, Hamilton, Cats, Evita, South Pacific, Finding Neverland, Next To Normal,  Jersey Boys, and many more.

MATT CAVENAUGH played Tony in the Broadway revival of West Side Story (Outer Critics Circle, Drama League Nominations). Other Broadway credits include: Grey Gardens, A Catered Affair, and his Broadway debut in Urban Cowboy. Matt has toured the country in productions of Thoroughly Modern Millie, Ragtime, Grease, and Strike Up the Band. Off-Broadway productions include: Death Takes a Holiday and Grey Gardens. Select regional theatre credits: Gigi; It’s a Bird, It’s a Plane, It’s Superman; A Catered Affair; Palm Beach; Anything Goes; Carousel; 2 Lives; Princesses; Dorian at prestigious theatres around the country. Television audiences know Matt as Mark Solomon on “One Life to Live,” Adam Munson on “As the World Turns,” and “Law & Order: CI.” Matt played Sean in the award winning indie film, Sexual Dependency. He has twice collaborated with the New York Philharmonic in The Soldier’s Tale and Sondheim: The Birthday Concert, which also aired on PBS. Matt’s debut album, Gonna Make You Love Me, is available on iTunes and CD Baby. http://www.mattcavenaugh.com

KEVIN KERN just concluded starring as JM Barrie in the National Tour of Finding Neverland. He performed this role over a hundred times in the Broadway production as a standby for Matthew Morrison, Alfie Boe, and Tony Yazbeck. Other Broadway credits include: Wicked, The Bridges of Madison County, First Date, The Wedding Singer, and Les Misérables. He has also performed in the West End production of Hair. He has traveled and performed extensively in Asia and helped open the Culture Square Theater in Shanghai and gave concerts in Singapore and Manila. He developed Singapura, an original musical to celebrate the 50th anniversary of Singapore’s independence. He was in the Pre-Broadway production of 9 to 5 The Musical and in the National Tour of The Music Of Andrew Lloyd Webber. He was in the original Off-Broadway productions of Next To Normal, Finian’s Rainbow, and in Altar Boyz, where he performed all five roles. Kevin has performed at Carnegie Hall, The Papermill Playhouse, The St. Louis MUNY, Sacramento California Music Circus, The Virginia Opera, and The Signature Theater in Washington D.C. He and his wife, Megan Lawrence, have four crazy kids named Gus, Sunny Jo, Nolie, and Clover!

KYLE DEAN MASSEY appeared on the small screen as singer, songwriter Kevin Bicks on ABC’s “Nashville.” Kyle Dean was last seen on Broadway in the title role of Pippin. Broadway starring credits include: Next to Normal, Wicked, and Xanadu. Off Broadway: Altar Boyz and Lucky Guy. He traveled the U.S. in Wicked and 42nd Street, which he also performed in Japan. He played the title role in Jekyll and Hyde in the world tour in South Korea and was Tony in West Side Story at the MUNY Opera in St. Louis. He has participated in many readings and workshops including The Book of Mormon, Newsies, among others. A native of Jonesboro, Arkansas, he spent almost all of his adolescent years singing in school choirs and studying the piano, and did his first musical as a sophomore in high school. In addition to his stage work, he has been seen in “The Good Wife,” “Inside Amy Schumer,” “Up All Night,” “Hart of Dixie,” “Cupid,” Sex And the City 2, and the film Contest. While starring in Next to Normal, he was the star of his own popular web-blog series, “Normal Life,” on Broadway.com. 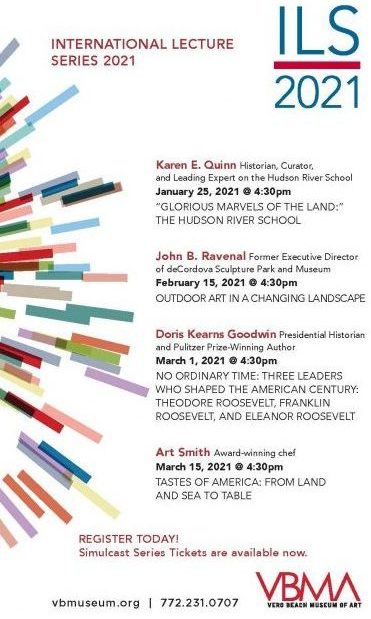