Is it time to consider a recall petition? 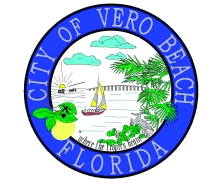 it? Yes, the public showed up in force at the recent City Council meeting to show their displeasure regarding the “decision” to close Leisure Square. The Leisure Square pool issue has even attracted Press Journal editorial staff to the peoples’ cause.  (By the way, decision is in quotes because technically it is not a decision until the final budget proposal is approved in September. In reality, only Tony Young voted against closing the pool in budget hearings and unless two more City Council members vote to reverse that proposed action, it will become a decision without the quote marks).

We have certainly had controversial and unpopular City Council members in the past, but whatever problems they may have caused have been contained by the traditional democratic process of holding an election. Rarely has a City Council majority acted in such defiance of voters’ wishes as this one. They have made repeated attempts to pass one unpopular measure after another, each one provoking heated reaction from the people Council is supposed to serve.

This series of unpopular decisions (and near decisions) began with the last City Council majority of Val Zudans, Harry Howle and Lange Sykes. Sykes was replaced in last February’s special election by Robbie Brackett. Harry Howle has announced he will not seek another term. However, Mayor Zudans, who steers the course of unpopular decisions, is wavering on his previously announced decision to step down. With no announced candidates yet for the November City election, he may not have much opposition to seeking another term.

There is a procedure for removing an elected official from office (see this story from our website last year). A recent post on Facebook claims a recall petition being circulated after the Leisure Square pool “decision” has garnered almost 1,600 signatures, but that could include county residents. A true recall petition must only include City of Vero Beach residents.

With many other important issues still to be dealt with by City Council, including the Three Corners properties, how many unpopular decisions affecting Vero’s future will it take before the public has had enough?